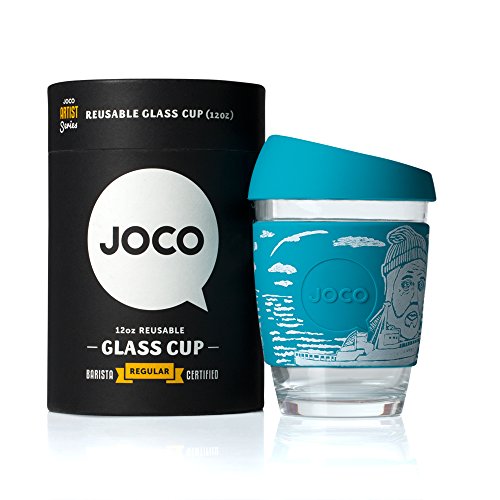 Every year, worldwide, about 58 billion paper cups end up in landfills or are incinerated?

This figure alone pretty much won me round to the benefits of using a reusable coffee cup (I recommend the Ecoffee Cup or the JOCO Cup – more below).

Especially, when you consider this:

Hundreds of thousands of people put their takeaway coffee cup into a recycling bin every day.

But, wait, that’s a good thing, right? Well, not exactly.

Because most of these coffee cups are NOT recyclable.

Despite looking like they are recyclable, most disposable paper cups actually contain a thin plastic lining, which makes them almost impossible to recycle in a standard recycling mill (which is where almost all disposable coffee cups end up).

There are currently 2 specialist recycling facilities in the UK, which can remove this plastic from disposable cups properly, but most UK disposable cups do NOT end up there.

Here are some more hard facts: 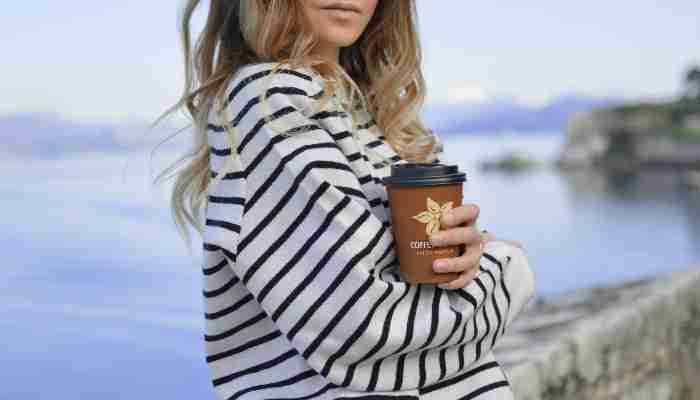 So what can we do about it?

Well, like many people, I grab a takeaway coffee most days. It started out as the odd morning treat, but quickly escalated to one every morning.

One day I started thinking about the 365 disposable cups I was responsible for every year. And I’d been getting a takeaway latte at this point for 8 years.

Which meant I was up to almost 3000 cups (yikes doesn’t even come close!)

Pretty horrific if you think about it. And that was just me.

So around Christmas time last year I finally made the pledge to STOP buying coffee in disposable cups and invest in a reusable coffee cup.

After hours of research, here are the two best reusable coffee cup options I found. 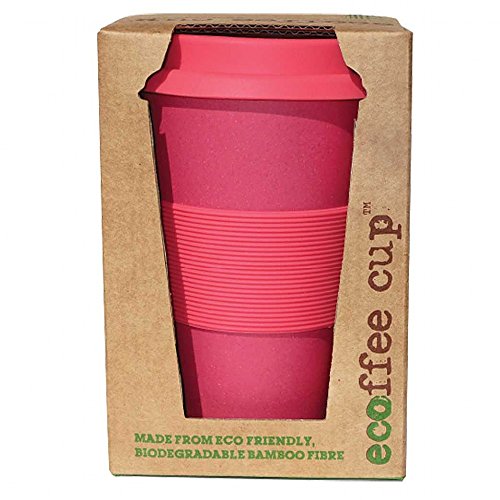 After a lot of research, I went for an Ecoffee Reusable Coffee Cup.

I’ve got the Swirl design and I haven’t looked back. I love my cup.

It’s made from bamboo, is great to drink from and cleans really well.

The silicone lid and sleeve are both super easy to fit and stay neatly in place (not like some of those annoying plastic lids), plus the cup is biodegradable, making it an eco-friendly choice to boot.

Bamboo can be cultivated without pesticides and since it’s a natural fibre it also doesn’t leach potentially harmful chemicals when heated. This is a BIGGIE for me and why I personally don’t recommend plastic cups – reusable or otherwise. 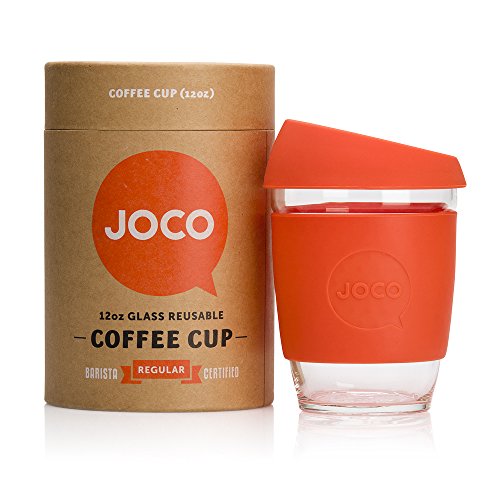 Another great reusable coffee cup option is the JOCO Cup.

Because the JOCO reusable coffee cup is made of glass.

Although it’s a little heavier to carry around, (which is why I personally went for the lighter bamboo Ecoffee reusable cup option, as I already had a MIU glass water bottle) the beauty of the JOCO Cup is that it’s made of Borosilicate glass, which is non-porous.

This basically means that (like the bamboo) it won’t taint the flavour of your coffee.

With its silicone lid and thermal silicone sleeve, the JOCO cup is both functional and stylish (if this is a factor for you), plus it’s a standard barista sizing.

I did see a few reviews on Amazon claiming that the silicone lid is not food grade and that it has a faint odour, but personally I never drink through the lid anyway – I always remove it.

The amount of disposable coffee cups we throw away each year is MASSIVE (around 58 billion). And the vast majority of these cups are NOT recyclable.

So if like me you love a latte (or flat white, or Americano or whatever your coffee of choice!), but want to take the pledge to use a reusable coffee cup the Ecoffee Coffee Cup and the JOCO Coffee Cup are both great non-plastic options.

Have you invested in a reusable coffee cup? Which one do you use?

Previous Post: « 9 Space Books For Kids That Will Send Little Imaginations Into Orbit!
Next Post: Roald Dahl Books For Kids: 15 of the Woopsy Wiffling Best »

Here you'll find all sorts of actionable hints & tips on how to make natural, greener & healthier choices for mum, baby & child... About One Mum & A Little Lady →