Disclosure: We may get commissions for purchases made through links in this post.

What does tap water have in it?

If you remember your science lessons, hydrogen and oxygen atoms may be the obvious answer!

But there’s other stuff in tap water too – from artificially added water treatment chemicals to volatile organic compounds (VOCS), which can end up in water supplies via environmental pollution.

So if you’ve ever wondered ‘what does tap water have in it?’, you may find it’s more than you think.

Whilst tap water does undergo comprehensive testing and monitoring in the Western World, this doesn’t mean your tap water is pollutant free.

Whilst these pollutants won’t likely do you much harm short term, or in small doses, research is increasingly suggesting they may contribute to health problems long term. These health problems can range from minor conditions such as dry skin and hair to more serious conditions.

Here are 5 of the most common pollutants found in tap water:

Chlorine is added to virtually every municipal water supply in the industrialised world. Whilst there’s little doubt it kills bacteria in the water, protecting us from waterborne diseases, there’s also increasing evidence chlorine isn’t that good for us either. Chlorine has been linked to skin conditions such as eczema and psoriasis, as well as respiratory conditions such as asthma. It also affects the smell & taste of water.

Another problem with chlorine is that it reacts with naturally occurring organic compounds found in water supplies, producing compounds known as disinfection byproducts (DBPs). The health implications of these are still relatively unclear, however a number of studies have observed links between chlorinated drinking water & health issues, such as bladder cancer.

Additionally, where ammonia is present in chlorinated water, chloramines also form. The health effects of unregulated byproducts produced by chloramines are largely unknown.

Fluoride is increasingly added to water sources and has long been a controversial area. Dentists tell you it’s protecting your child’s teeth – however, long term exposure to fluoride in too large a dose can lead to fluorosis in children. Other research suggests fluoride can affect the pineal gland, whilst accumulations in the body have been linked to conditions such as bone cancer or muscle disorders.

Some studies are now even suggesting fluoride offers no tangible dental benefits.

Lead and other heavy metals often find their way into tap water on the way into your home. Long term exposure to increased levels of lead has been linked to learning difficulties in children, as well as brain and kidney damage and effects on the blood and vitamin D metabolism.

VOCS (volatile organic compounds) are present in many products from personal care and cleaning products to pesticides and herbicides. They often end up in water supplies via increased environmental pollution or agricultural run-off.

VOCS, if ingested above certain levels, have been found to cause cancer, problems in the liver, kidneys and nervous system, as well as skin and reproductive issues.

Endocrine disruptors are increasingly found in water supplies, from sources such as birth control pills or personal care product residues. They’re also known to interfere with development and reproduction and may also cause neurological and immune system effects.

How To Remove Contaminates In Tap Water

So if you’re concerned about what tap water has in it, what can you do about it?

Two of the most effective ways are to use a water filter or water distiller.

What Does Tap Water Have In It? – Using a Water Filter

Many basic water filter pitchers are inexpensive and will remove chlorine and often lead too. Glass water filter jugs (and bottles) are also available if you want to avoid plastic.

More powerful filters, however, will generally remove a wider variety of pollutants.

There are many types of water filter on the market – from under sink filters to reverse osmosis filters. However a gravity fed filter is often recommended as one of the best options for household use. This is because they filter the water at a slower rate, which generally means better filtration.

One of the most highly rated gravity fed filters is the Big Berkey, which tackles a huge array of contaminants (including fluoride, with the correct filters fitted).

If you live in the UK, the British Berkefeld is considerably cheaper, but does a similar thing.

What Does Tap Water Have In It? – Using a Water Distiller

Another option you can use to reduce contaminants in tap water is to use a water distiller.

Water distillers heat up tap water to boiling point, converting the water to steam. The majority of unwanted pollutants are then left behind in the distiller chamber as a residue, whilst the steam is captured in a separate stainless steel cooling coil, where it converts back to water.

Distilled water can taste a bit ‘flat’ compared to water that hasn’t been distilled, plus it strips out the minerals in water, as well as the pollutants. However, distilled water is considered, by many, to be one of the ‘purest’ forms of water.

What Does Tap Water Have In It?: Conclusion

More & more people are asking what does tap water have in it?

Common contaminants in tap water include:

Research suggests long term accumulations of these toxins in the body may contribute to health issues.

Using a water filter, or water distiller, in your home is an effective way to reduce, or remove, some of the most common contaminants found in most regular tap water.

If you want to test the quality of your tap water, you can also try a water test kit. 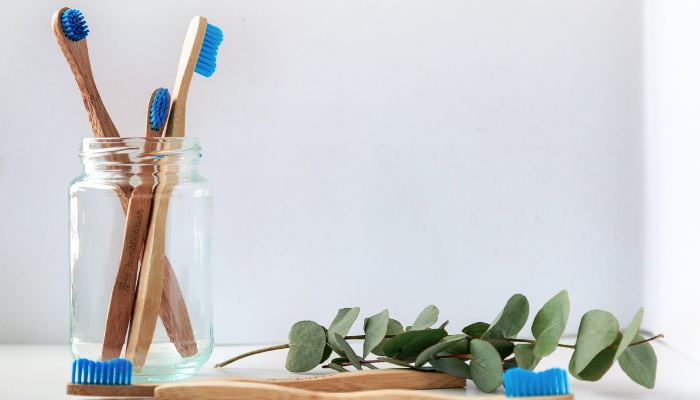 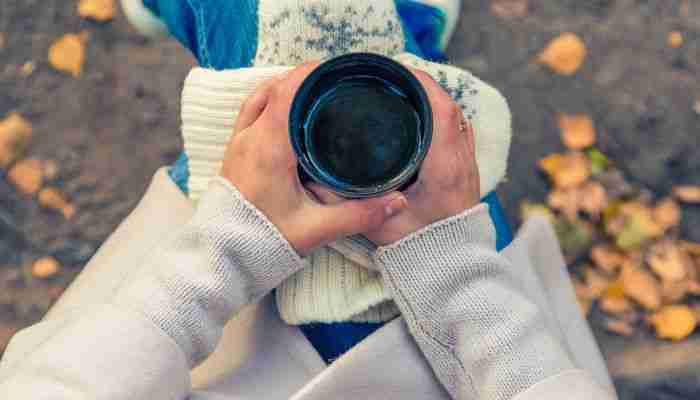 Previous Post: « 5 Vegan Plant Based Food Wraps That Are Beeswax Free
Next Post: 5 Glass Water Bottles With Filters For ‘On The Go’ Hydration (+ Stainless Steel Options) »

Welcome to One Mum & A Little Lady – a trusted resource for sustainable, green living.

Our mission is to help you create a healthier, more conscious lifestyle, for you & your family, through actionable tips, eco friendly product ideas & research backed shopping guides. Read More >>>

One Mum & A Little Lady is a participant in the Amazon Services LLC Associates Program, an affiliate advertising program designed to provide a means for sites to earn advertising fees by advertising & linking to Amazon sites.